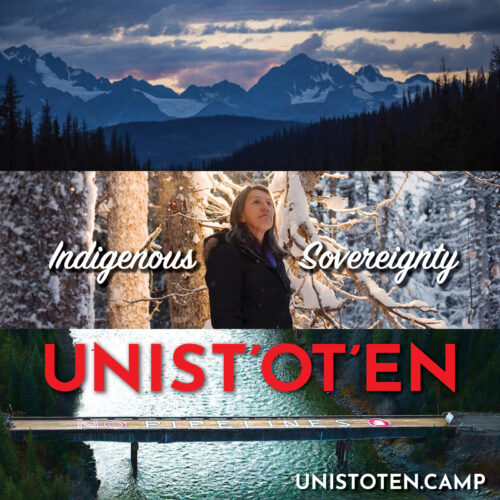 June 14, 2019: The Unist’ot’en have argued in the BC Supreme Court that Wet’suwet’en law must be upheld on unceded Wet’suwet’en lands. The court decision will demonstrate whether Canadian courts are committed to reconciliation or to upholding imposed colonial legal orders at the expense of Indigenous laws and existence.

1) The actions of the defendants have been in accordance with Wet’suwet’en law and under the authority of Knedebeas and Unist’ot’en Wing Chiefs, who are the undisputed authority for Dark House territory.

2) The court has a responsibility to consider Wet’suwet’en law and attempt to reconcile Indigneous law with common law in this case.

3) CGL faces unanimous opposition to their pipeline proposal from the Wet’suwet’en Hereditary Chiefs representing all 13 Wet’suwet’en house groups, as decided in the feast hall.

4) In the absence of support from the rightful titleholders, CGL funded and helped create a divisive group of Wet’suwet’en individuals operating outside of the hereditary system, causing irreparable harm to Wet’suwet’en self governance.

5) The interim injunction was granted with the understanding that CGL had obtained all necessary permits to conduct work. Counsel argues that:

a) This was a misrepresentation of the facts, as at the time of the injunction decision a NEB hearing process was ongoing to decide whether CGL should also require federal permits.

b) In addition to government permits, CGL should be required to abide by Wet’suwet’en laws and obtain permission from Wet’suwet’en titleholders. c) The ongoing rights and title negotiations with the province, and previous treaty negotiations, have recognized the hereditary chiefs as the proper authorities on their territories. So should CGL.

6) The existing interim injunction should be dissolved because it already has caused irreparable harm by:

a) Limiting access to the Talbits Kwah territory, leading to the collapse of Unist’ot’en trapping initiatives and an unsafe environment for healing center clients.

c) Challenging the authority of Chief Knedebeas and thus the ability of Unist’ot’en to abide by Wet’suwet’en law and fulfill their responsibilities to their territory, animals, non-humans, and younger generations.

7) Granting an interlocutory injunction would effectively ensure the pipeline is built before the case could be brought to trail for fair adjudication on the basis of the existence, authority, and valid exercise of Indigenous law.

8) While CGL can quantify harm in monetary losses, an interlocutory injunction would cause irreparable and immeasurable harm to Wet’suwe’ten governance. CGL’s insistence that the court proceed as if Indigenous law does not exist would harm the generational transmission of traditions, responsibilities, legal and political knowledge that stems from experience on the land and protecting that land from destruction.

9) Wet’suwe’ten law pre-exists Canadian law by thousands of years, and has been disregarded and ignored for approaching hundreds of years.

a) The potlatch/balhats system. The Wet’suwet’en parliament was criminalized until 1951.

b) Indigenous legal orders have jurisdiction on Indigneous lands, Aboriginal Rights and Title have not been ceded or surrendered on Wet’suwet’en Yintah and it is the responsibility of a just and equitable court to reconcile Wet’suwet’en law with the common law and accept some of the burden for this reconciliation. For most of Canada’s legal history Indigneous people have been forced to translate and shape their legal rights in a court system that has repeatedly dispossessed them of those same rights. The burden of reconciliation now falls upon the court, to recognize and affirm Indigenous laws that predate Canada and to reconcile these with non-Indigenous legal perspectives. 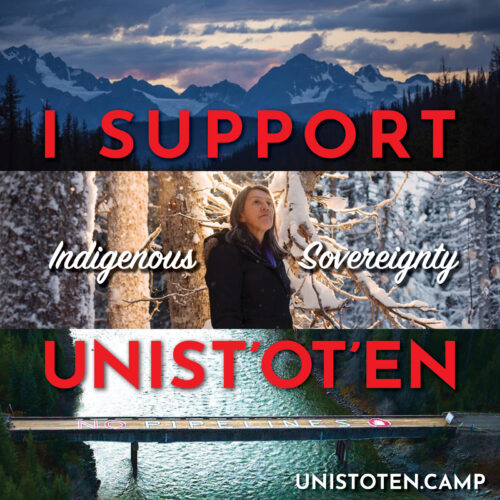