Open Letter to the Archaeology Branch of the BC Ministry of Forests, Lands and Natural Resource Operations 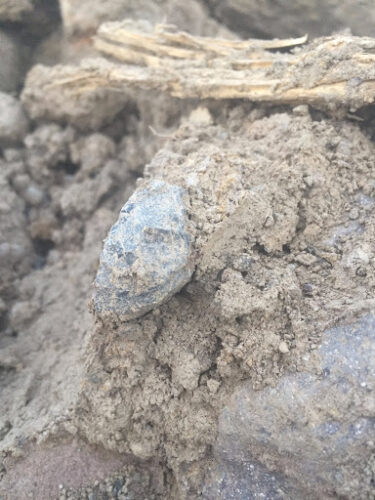 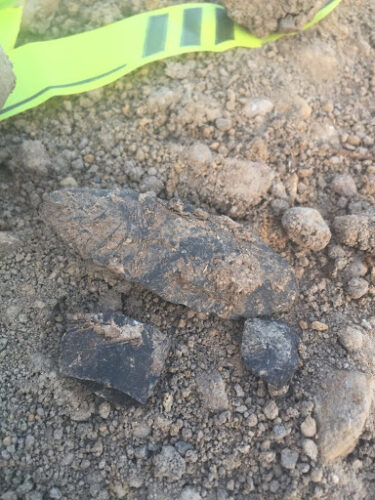 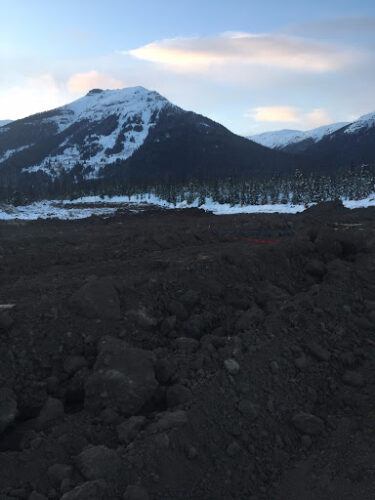 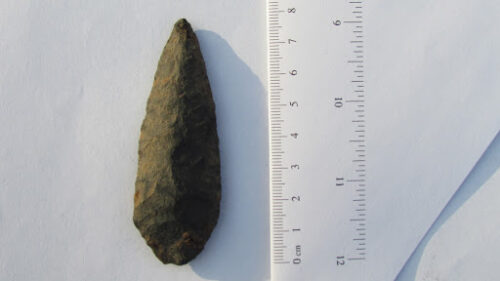 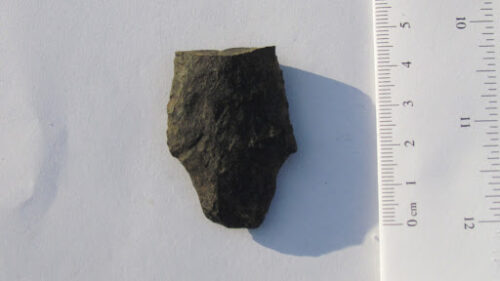 On February 13, 2019, multiple artifacts were recovered from the bulldozed portions of Coastal GasLink Pipeline Ltd. (CGL) construction site in Ya’tsalkas (Dark House) Talbits Kwah yintah (territory) of the Wet’suwet’en near Houston in northwestern British Columbia. The recovery of artifacts from disturbed ground at the construction site indicates that the Heritage Conservation Act of British Columbia (HCA, RSBC 1996) and its accompanying guidelines have failed Indigenous communities in British Columbia once again.

Consideration of cultural heritage resources is mandated in British Columbia to:

“…encourage and facilitate the protection and conservation of heritage property in British Columbia.” (HCA Part 1, Section 1)

The HCA legal framework is further grounded by the Forest Act (RSBC 1996), where a cultural heritage resource is defined as:

“…an object, a site or the location of a traditional societal practice that is of historical, cultural or archaeological significance to British Columbia, a community or an aboriginal people.” (Forest Act, Section 1 [1])

The Unist’ot’en have permanently reoccupied their territory since 2009. The proposed CGL work camp is on Unist’ot’en territory and at the confluence of three river systems, the Gosnell Valley bottom tributary in particular, is one of the largest in the Skeena Watershed and produces substantial coho salmon runs (Oncorhynchus kisutch) (Gottesfeld and Rabnett 2008). The main Gosnell trail (trade and war trail) is subsumed by the Shea Creek Forest Service Road, which accesses Unist’ot’en and bisects the CGL work camp and other ancillary CGL developments (Rabnett 2001). Dozens of heritage and archaeological sites are recorded at the confluence of the three river systems (Weathers 2006; Office of the Wet’suwet’en 2010).  Rich oral traditions (histories and stories) highlight the Morice River area as a major travel corridor between the Interior and the Coast and as home to Wet’suwet’en people for millennia (Daly 2005).

In October 2018, CGL was given the green light to begin construction on a 670 km pipeline, various compressor stations, and work camps in northwestern British Columbia. No consent for pipeline construction has been obtained from the Dinï ze’ and Ts’akë ze’ (Wet’suwet’en Hereditary chiefs). A significant portion of the pipeline and a work camp were proposed on Talbits Kwah yintah, where no archaeological inventory/impact assessment (AIA) was conducted.

In 2013, under permit 2013-0004, CGL consultant archaeologists described the entire Morice River area (which runs through Talbits Kwah yintah) as having “high potential” for cultural heritage resources (5-9 of the 2013-0004 report). Yet, when archaeologists were not granted access to the territory by the Hereditary Chiefs (whose decisions were enforced by Unist’ot’en), the permit was closed.

A new permit was opened (2013-0033) and CGL consultant archaeologists reversed the findings of the original overview assessment stating that the proposed development area in Talbits Kwah (known as Multi Use Site 9A, Camp 9A, CGL work camp) now had low archaeological potential. In consulting contexts, the change in designation from “high” to “low” potential is highly irregular.

Furthermore, the CGL consultant archaeologists claim that the new low potential designation was the result of 1) “the moderately steeply sloping terrain…lack of microtopographical variation…logging activities…impacts from pine beetle”, and 2) a lack of archaeological sites within 2000 m of the CGL work camp. To the first point, logging activity and pine beetle infestation only lower the potential of locating culturally modified trees (CMTs), other types of archaeological features and artifacts often remain intact. Furthermore, camp volunteers and spokesperson Freda Huson assert that the claim in the AOA that the site lacks “microtopographical variation” is objectively false.

To the second point, previous cultural heritage investigations in the proposed development area reveal extensive and concentrated use in the past (Rabnett 2001; Trustler et al. 2002; Whaggus n.d.). Indeed stone tool artifacts were recovered from the CGL worksite on February 13, 2019 by camp volunteers and are estimated to be from the Shuswap Horizon (3500–2400 BP). Two artifacts were photographed in situ (see below), and removed from the construction site for fear of destruction.  Other artifacts and fragments were left on site.

Cultural resources such as trails, villages, artifacts, and food resources on the Talbits Kwah yintah are intimately tied to Wet’suwet’en identity and cultural practice and are part of the larger Wet’suwet’en cultural heritage infrastructure. Wet’suwet’en cultural resources associate to landscape, placenames, stories, language, and identity, and their destruction leads to dispossession, disenfranchisement, and further colonial distress. The education value of cultural heritage resources in this area is high given that Unist’ot’en territory has been a site of land based education for Unist’ot’en and Wet’suwet’en members returning to the land to live and heal for over a decade. The work of the healing center continues to draw on the ancestral knowledge embedded in the land to help community members connect to their cultural heritage, inheritance, and unextinguished Wet’suwet’en law.

We, the undersigned condemn the approval of a permit that reversed the initial valuation of archaeological potential (from high to low) because of a political conflict. Furthermore, we charge that the newly found artifacts reveal that archaeological heritage is clearly present, and that adjacent areas in the claimed for CGL development area should be evaluated as high potential and AIAs conducted in consultation with Ya’tsalkas (Dark House).

We, the undersigned request a review of the archaeological overview assessments and all archaeological permits granted to CGL in Wet’suwet’en territory, and that all construction and vehicle activity cease in Talbits Kwa yintah until these legal concerns for cultural heritage are met.

In the subject line indicate: Open Letter to Arch Branch

In the body of the email include your full name, title(s), and affiliation(s)

Department of Anthropology, University of Toronto

Department of Anthropology, University of Chicago

Professor of History and WGSI, University of Toronto

PhD Candidate in Archaeology/Bioarchaeology, The University of Western Ontario

School of Environment, Resources and Sustainability, University of Waterloo

Department of Archaeology and Anthropology, University of Saskatchewan

Daly, R. 2005. Our Box was Full: An Ethnography for the Delgamuukw Plaintiffs. UBC Press.

Gottesfeld, A., and K.A. Rabnett. 2008. Skeena River Fish and their Habitat. Ecotrust, Vancouver.