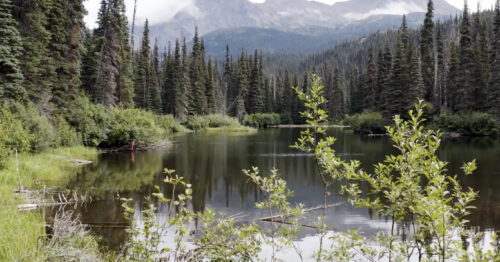 The Office of the Wet’suwet’en demands that a Cease and Desist Order be immediately issued to the Coastal GasLink Ltd (CGL) pipeline project due to the ongoing destruction of Wet’suwet’en cultural heritage and archaeological sites, and non-compliance with Wet’suwet’en and BC Provincial law.

Since February 2019, CGL has destroyed numerous archaeological heritage sites in Wet’suwet’en territory. In addition to potential village sites, portions of the ancient Kweese War Trail, accompanying culturally modified trees (CMTs), and potential burial sites have been altered and destroyed by CGL work crews. These sites were previously identified to both the Province and CGL, and flagged for CGL’s consulting archaeologists and construction crews. Several “cultural heritage resource” ribbons that were placed along the Kweese War Trail in 2011 by representatives of the Wet’suwet’en were removed by CGL contractors, and replaced with ribbons indicating CGL’s road center-line. 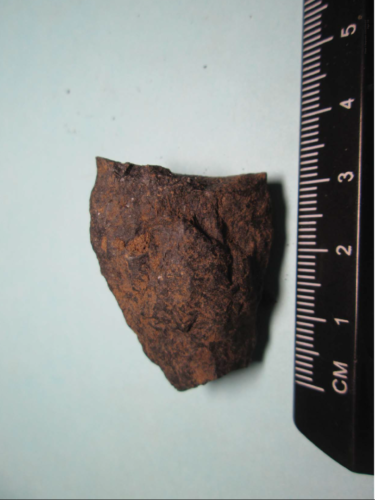 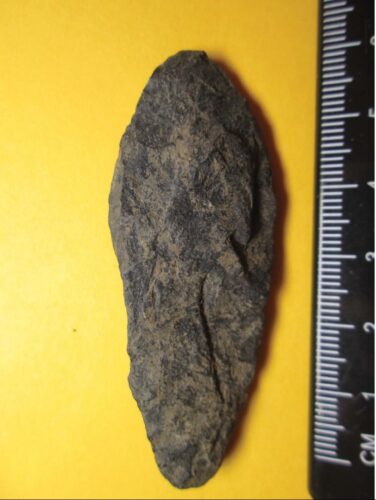 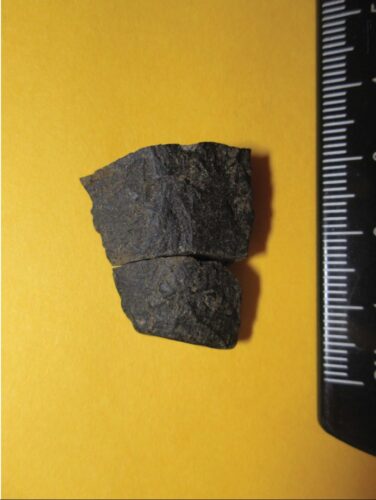 We were notified on April 12 that these artifacts would be returned to the Unist’ot’en House Group for safekeeping. After four months of emails, the Archaeology Branch has taken no action to return these artifacts to our territory and has not put any plan in place to do so. The only communication we have received from Archaeology Branch has been to assure us that the stolen artifacts are “kept at a secure location with the Oil and Gas Commission.”

These images were never shared with the Unist’ot’en. We have only now been able to obtain photos of these artifacts through a freedom of information request made to the government.

These artifacts are gifts from our ancestors and further evidence of our continuous use and occupation of these lands for thousands of years. With the RCMP acting as private security for industry, CGL continues to bulldoze through our territories and through our potential burials and archaeological sites, facing no repercussions from regulatory authorities for their actions.

On July 31, 2019, Coastal GasLink acknowledged that construction activities have occurred in areas where no archaeological impact assessments were ever conducted, in stark violation of their permits to operate under Provincial law. The Province has yet to investigate or justify why Wet’suwet’en cultural heritage is being decimated by CGL. The destruction of archaeological sites contravenes BC Provincial law under the Heritage Conservation Act.

The Kweese War Trail is central to Wet’suwet’en cultural identity, traversing several House territories and reaching over the Coast Mountains into Haisla territory. It was in the Kweese War that the Wet’suwet’en received many of the names and crests that are symbols of who we are as a people. Many of those who fought in that war were wounded and where they died along the trail is where their spirits were released. Their bodies traveled no further. The spiritual connection of the Kweese Trail is unique and should not be disturbed.

As Minister of FLNROD, Doug Donaldson has the ability to issue a stop work order for damage caused to the Kweese war trail under the new provisions of the Heritage Conservation Act. A stop work order of up to 120 days can be issued when something of heritage value “is likely to be altered, is being altered, or has been altered.” (HCA 1996, Section 16.1)

The Kweese Trail has been and continues to be irreparably altered. CGL has disclosed non-compliance in several areas to BCOGC archaeological conditions, yet has faced no repercussions from regulatory authorities. The Office of Wet’suwet’en has not been informed of any existing dispute mechanisms or appeals processes available to Indigenous groups regarding BCOGC permitting and non-compliance.

Permanent link, via Office of Wet’suwet’en

We stand with our neighboring Wet’suwet’en Hereditary Chiefs and echo their demand for an immediate stop work-order on the Coastal Gaslink project so that Wet’suwet’en heritage can be protected.

WAYS YOU CAN HELP:

CGL’s destruction of Wet’suwet’en archaeological sites is the focus of our upcoming lawsuit, and we continue to ask for financial support to help us protect our territory