LNG Kitimat Battle Not Over Yet

LNG Kitimat is still on the table to move forward, based on article below. Our battle is not over yet.

Thank you for your continued support of the Unist’ot’en Camp. 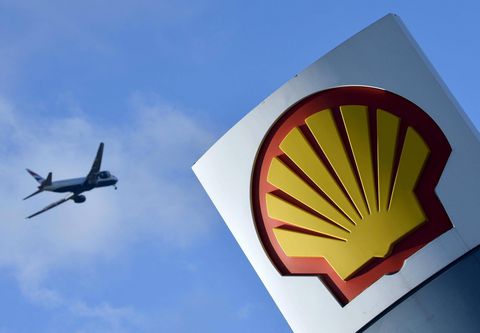 The Globe and Mail

After Malaysia’s Petronas and China’s CNOOC Ltd. scrapped plans to build liquefied natural gas projects in British Columbia, the industry’s attention shifted to whether Royal Dutch Shell PLC might be the next to cancel.

But Shell senses that the global tide has turned. Instead of fixating on new supplies that have hit the market since 2015, Shell expects vigorous demand in the future from a variety of countries such as China, Egypt, India, Pakistan and Jordan.

“Some people could tell you a story about a glut of LNG because of this record supply of LNG. We could equally tell a similar story about record demand for LNG,” said Steve Hill, the Singapore-based executive vice-president at Shell Energy, a division of the Anglo-Dutch energy giant.

A flurry of new LNG projects will begin operations over the next couple of years from exporters such as the United States, Australia and Russia. Mr. Hill, however, believes thirsty energy customers in Asia and parts of the Middle East will soak up supplies faster than what some analysts have forecast.

“We think the oversupply was driven by the unprecedented nature of the amount of new supply coming onto the market,” Mr. Hill said in an interview. “Shell has a positive view on the LNG market. We expect to do more LNG at some stage in the future.”

Shell owns 50 per cent of the LNG Canada project in Kitimat in northwest British Columbia.

So far, despite much industry hype, no project is under construction in Canada to export LNG. Still, if Mr. Hill’s upbeat analysis of the global LNG market is any indication, LNG Canada won’t be calling it quits any time soon – at least not for reasons related to worries about an oversupply of the fuel.

In July, Petronas walked away from the Pacific NorthWest LNG joint venture on Lelu Island and then the CNOOC-led Aurora LNG consortium on Digby Island pulled the plug in September. Both B.C. projects cited unfavourable conditions in the world’s LNG market in their respective decisions to abandon dreams of exporting from Canada.

Some analysts have warned that global supplies will grow rapidly until at least 2021.

“The forecast for significant supply-side additions underpin our bearish price outlook, as global demand – whilst continuing to grow – will be unable to soak up excess supply,” BMI Research cautioned in an August research note, one example in a series of warnings from analysts.

Industry skeptics say the rampant growth in supplies will wreck the plans of latecomers such as Canada, which has been a laggard in the quest to join what remains of the LNG party. But Mr. Hill emphasizes the importance of preparing for the next opportunity to fill energy demand amid population growth and improved living standards.

“LNG is particularly relevant in Asia. We see Asia as being the region where you get the strongest demand growth for natural gas. You’ve got a combination of strong economic growth and much more pressure to improve air quality and therefore switching from coal to gas,” he said. “The thing about China is the growth in gas demand is massive.”

Besides China, markets such as India, Thailand, the Philippines and Indonesia are seen as ripe for LNG sales.

Shell and its three Asian partners are expected to make a final investment decision by the end of 2018 on whether to proceed or cancel plans to spend up to $40-billion in the quest to export the fuel from Canada to Asia. It would take five years to construct the B.C. terminal and complete various infrastructure, so even if LNG Canada starts building in late 2018, the first Asia-bound carrier from Kitimat wouldn’t deliver the fuel until late 2023.

Having an optimistic outlook for global LNG won’t guarantee that the Shell-led consortium will forge ahead.

LNG Canada’s project, located on an industrial site in Kitimat, is aiming to perform better than the B.C. government’s standard for “emissions intensity,” targeting 0.15 carbon dioxide equivalent tonnes for each tonne of LNG produced – below the government’s limit of 0.16. Those exceeding the limit face having to buy carbon offsets or contributing to a technology fund.

Maximilian Kniewasser, a program director at clean-energy think tank Pembina Institute, is concerned about the consortium’s ability to control predicted greenhouse gas emissions because of the reliance on natural gas itself in the process of supercooling the gas into liquid form.

Industry analysts say hefty construction costs must be weighed against the long-term prospects to run a profitable terminal.

Internally within Shell’s global empire, the Kitimat project is pitted against other prospects such as the Lake Charles LNG joint venture in Louisiana.

LNG Canada is positioning itself to take advantage of the next opening to meet global demand, said Mark Pinney, manager of natural-gas markets at the Canadian Association of Petroleum Producers.

“The Kitimat project has already been through the regulatory review process. It has support from partners and First Nations,” he said.

Mr. Pinney said forecasts of a flood of new supplies around the world have overshadowed signs of strength on the demand side. “If you look at global imports of LNG since 2000, they’ve grown by an average of 6 per cent a year,” he said. “It just shows you over time, this has been a market that has grown tremendously. The growth rate is just incredible.”